“Hallo, Österreich!” we said when we slowly crossed the border between Slovakia and Austria. 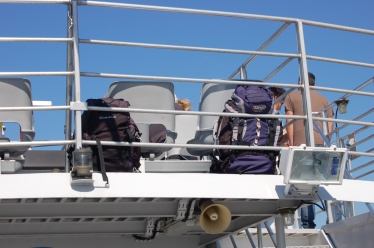 Actually, not really… I happened to be in the toilet of the fantastic boat that took us to Vienna at that precise moment, but I can say I saw Schönbühel Castle at the top of a hill, other nice ruins, different sort of buildings…  but the most characteristic ones were the huts by the river with a pole and what seemed to be a fishing net in front of them. There are loads!

The city welcomed us with a mix of industrial, business, old and modern style, which the more surprising ones were the graffitties on the walls of the river walk of Vienna.

Again, we had a nice travel guide which was useful basically for the map, because we could say we totally went with the flow. 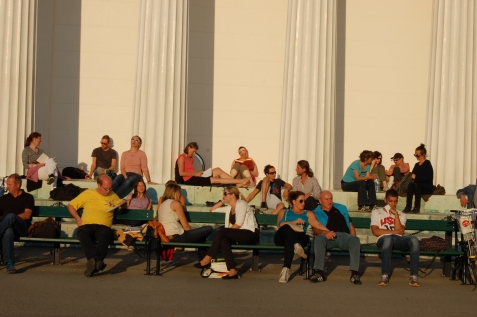 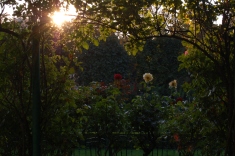 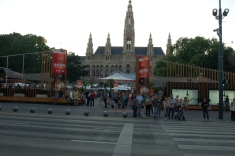 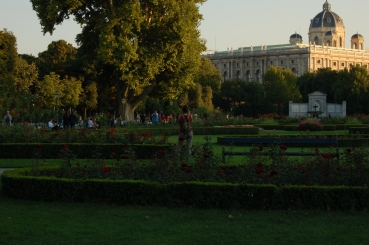 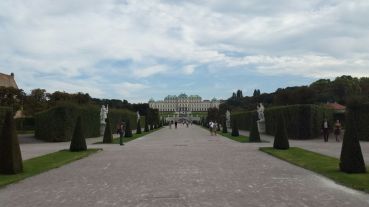 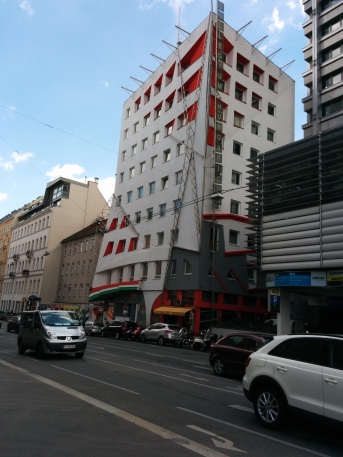 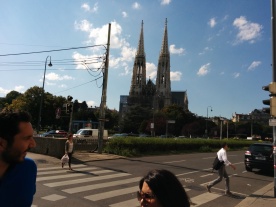 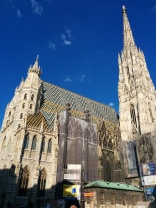 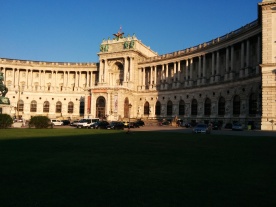 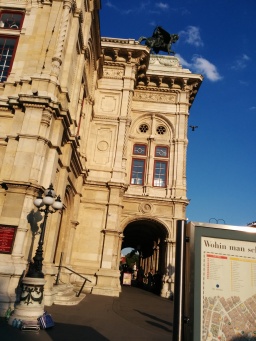 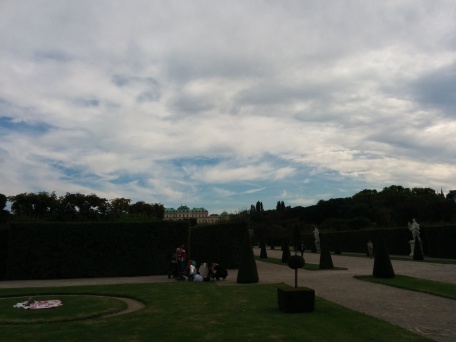 We decided to use the city bikes (fixies) which are fantastic, easy and cheap to use.  There are plenty of cycling lanes, so it wasn’t difficult to get to the different churches and parks that we accidentally spotted from our bicycles. We cycled on the river lane to Stubenring, stopped by Stadtpark, Schubertring, Schwarzenbergplatz, Karlskriche, Argentinienstrasse to Belvederegarten and Botanischegarten. After that, off to visit friends.

We walked and cycled, so I can’t really help with public transport tips here. Just bare in mind that taxis are cheap and bikes are easy to use.

As for what where to stay, we stayed at Leopoldstadt, on a  really nice Airbnb flat. One could probably find tones of apartments, but ours, despite it seemed far out of the centre, permitted us to see another side of the city that apparently very few know.

After eating most of the days “sandwich stuff” bought in a supermarket, excluding the wedding feast, on a Sunday morning we treated ourselves at Karmelitermarkt. Lovely market, full of colours, despite the awful rain. 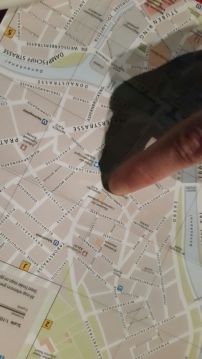 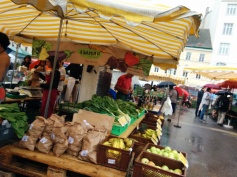 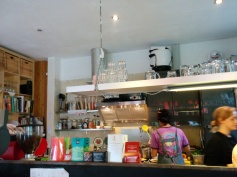 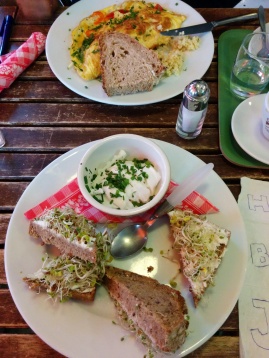 We  saw a bit of everything, improvising, not trying to tick any item on a list. What we saw, we saw, basically because we were there for a wedding and meeting family was our priority, but we still enjoyed of this grand city and its people.

If I had more time and more money, why not, I’d  have definitely eaten out more. Someone  recommended us a restaurant, Schöne Perle at Grosse Pfarrgasse, 2, for nice local food. Also, I’d have liked to visit Mozart’s and Freud’s museum and going to hear some Opera, but all that will be next time. 🙂

One thought on “Grand Vienna”

From #Girona, studied #Medicine in #Barcelona and lived in the #UK, where all her life turned upside down. Critical but not destroyer, wants to be a #knowitall. Currently working on it :)